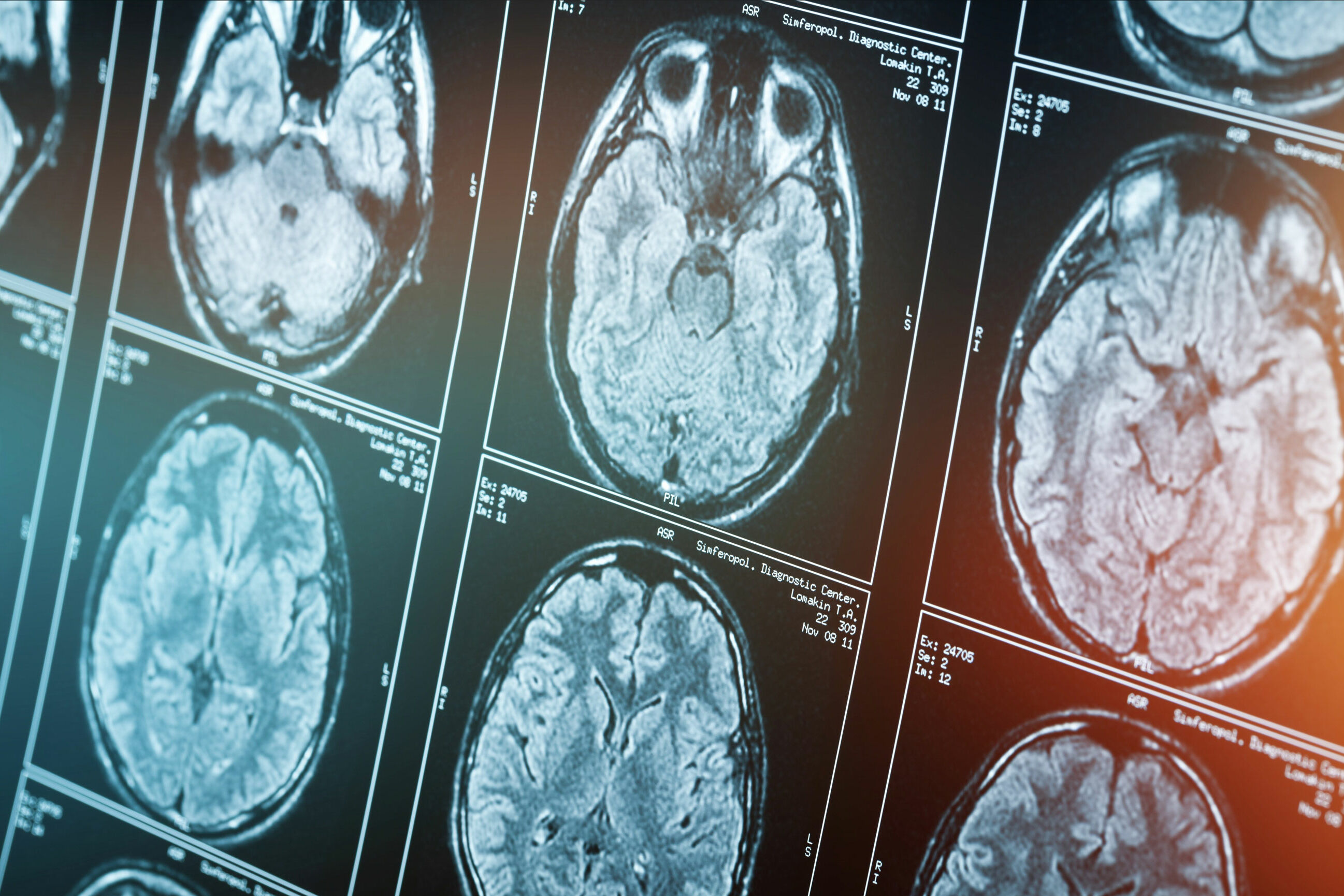 Symbolic image of a brain scan, not for editorial use. Source: BillionPhotos.com - stock.adobe.com

Bonn, July 12th, 2021. Experts in magnetic resonance imaging (MRI) at the DZNE are optimizing the operation of MRI scanners as part of an international research effort to enable visualization of finer details of the human brain. This is to detect pathological changes that occur in “spinocerebellar ataxias”, which are neurodegenerative diseases manifested by movement disturbances and other impairments.The project, coordinated by the DZNE, is scheduled for three years and is funded under the aegis of the EU Joint Programme - Neurodegenerative Disease Research (JPND) with a total of about 1.4 million euros. Of this, the DZNE will receive around 630,000 eurosprovided by the German Federal Ministry of Education and Research (BMBF).

MRI provides insights into the inside of the human body – and into the brain in particular – through the ingenious combination of magnetic fields and radio waves. Hydrogen atoms, which are abundant in the body’s tissues, are thereby induced to emit electromagnetic signals that are received through antennas and translated into images by computer. In this, the magnetic base field, whose strength is measured in “tesla”, plays an important role. In clinical routine, scanners operating with up to three tesla are mostly used. Higher field strengths – experts refer to this as “ultrahigh-field MRI” – are still mainly reserved for research.

The current project named “SCAIFIELD” addresses 7-tesla MRI. There are about 20 of these devices throughout Europe, including at the DZNE in Bonn. Although the high field strength in principle enables a particularly high spatial resolution – it thus has the potential to capture minute details – this technique also entails challenges. That’s because, due to physics, in 7-tesla MRI, the wavelength of the radio waves in the tissue is smaller than the size of the human head. “We have wave peaks and troughs that spread across the brain and can also overlap. As a result, the strength of the electromagnetic field is not the same everywhere. This degrades the signal-to-noise ratio in some places, and thus the possible resolution. In the center of the brain, the image quality is good and gets worse toward the outside,” says Prof. Tony Stöcker, a physicist and MRI expert at the DZNE in Bonn, who coordinates the SCAIFIELD consortium. “In a way, it’s like illuminating a large mural in a dark room with a flashlight. Outside the light spot, the painting remains in semi-darkness. Details are then difficult to make out.”

Since a few years, there is an approach to correct these inhomogeneities: “parallel transmission” (pTx). Instead of generating radio waves in the conventional way with just one transmitting coil, several transmitting coils are used simultaneously and controlled separately. ”This results in numerous degrees of freedom, because you can individually adjust the amplitude of the radio waves and their phase relation to each other,” says Stöcker. “The hardware for this is available in the form of special transmitting coils. But development is still in the early stages for the control programs needed to optimally operate such coil configurations.”

This is exactly where SCAIFIELD comes in: In collaboration with experts from Belgium, Norway and Turkey, the DZNE researchers want to develop measuring protocols and other procedures to make maximum use of existing MRI technology. “We benefit from the fact that many parameters of MRI scanners can be set via software. This offers enormous flexibility, but also makes the task complex,” says Stöcker.

The project partners are taking on complementary work packages: The DZNE focuses on the control programs for the brain scanners – also called “MRI sequences” –, the Norwegian University of Science and Technology in Trondheim and Bilkent University in Ankara contribute know-how on the pTx methodology, and experts from the University of Liège will develop software for data analysis.

“Ultimately, we want to generate metrics that can be used to quantify pathological brain changes with numerical values. We talk about quantitative biomarkers here,” says Stöcker. “We are aiming for a resolution of half a millimeter – in all three dimensions. The tissue volumes we image in this way would be almost ten times smaller than what is currently standard in MRI brain images. Thus, we could capture finer details.” The aim is not just to measure the extents of brain structures. The researchers also want to precisely determine tissue properties – such as water transport capacity, water content and other parameters – as well as blood flow through fine vessels. All these parameters provide information about the condition of the brain.

The MRI procedures optimized in this way will be used in a clinical study involving individuals with a genetic mutation leading to spinocerebellar ataxia. This will happen in Bonn and at four other European sites. The spinocerebellar ataxias (SCAs) are a group of rare neurological inherited disorders that affect balance, motor coordination and speech. In patients with the disease, brain changes occur that are predominantly found in the cerebellum and brain stem. To date, there are no effective therapies.

“Interventional trials against several types of SCA are in preparation,” says Prof. Thomas Klockgether, Director of Clinical Research at DZNE, who leads the clinical work package of SCAIFIELD. “Thus, there is an urgent need for highly sensitive biomarkers that are able to detect subtle brain changes and measure treatment effects. With SCAIFIELD we aim to identify new imaging biomarkers that can detect early disease manifestation, monitor progression, and serve as outcome measures for future therapeutic and preventive trials in SCA. Clinical research into other brain diseases could also benefit from the methods emerging from the project.”

Clinical investigations will start in the second year of the project and will go hand in hand with method development. The patient organization “Euro-ataxia” is actively involved in SCAIFIELD, supporting the consortium regarding patient information and communication activities and contributing the perspective of individuals with SCA and their families.

About Deutsches Zentrum für Neurodegenerative Erkrankungen, DZNE (German Center for Neurodegenerative Diseases): The DZNE is a research center that addresses all aspects of neurodegenerative diseases (such as Alzheimer’s, Parkinson’s and Amyotrophic lateral sclerosis) in order to develop novel approaches of prevention, treatment, and health care. It is comprised of ten sites across Germany and cooperates closely with universities, university hospitals, and other research institutions on a national and international level. The DZNE is publicly funded and a member of the Helmholtz Association of German Research Centers.