Better care for people with dementia at home: Ambulatory care specialists take over medical tasks for the first time 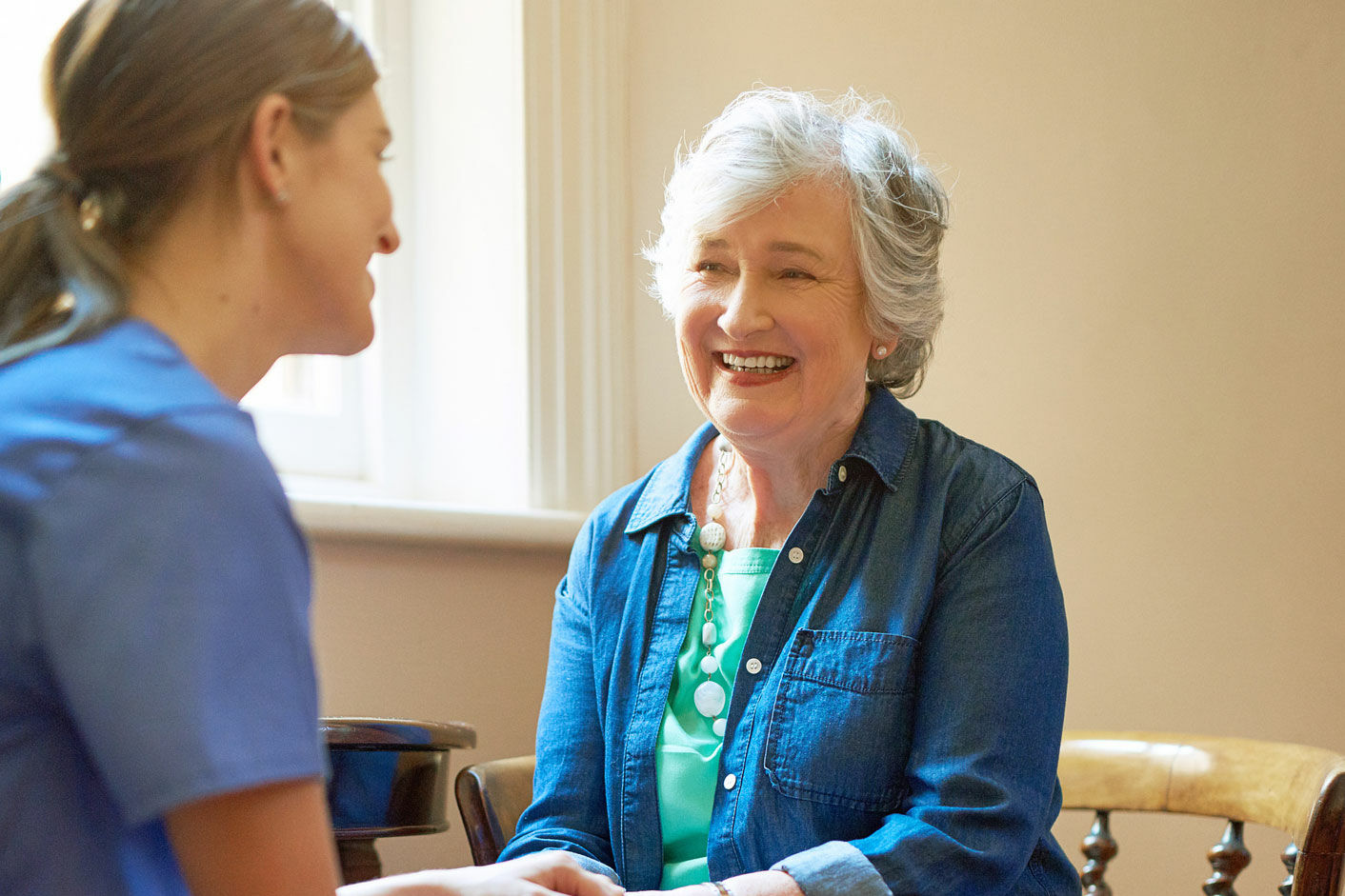 Symbol image, not for editorial use. Source iStock.com/PeopleImages

Greifswald, May 10, 2021. In Germany live currently 1.6 million people with dementia. The progression of the disease often leads to a high demand for care, which cannot be comprehensively met for many affected persons living in their homes ─ for example, because the nearest medical practice is far away or special care services are not available at the affected person's place of residence. To remedy this deficiency, the DZNE is leading a study project in which nursing specialists will for the first time take over individual medical activities in the field of outpatient dementia care. Specialists in geriatric and nursing care are being trained and further qualified for this purpose.

Prescribing care aids, providing psychosocial counseling and care, coordinating with participating professions such as physiotherapy, occupational therapy and logotherapy ─ these are typical activities that have so far been performed solely by physicians for people with dementia. However, the decreasing number of medical practices and long distances make this care increasingly difficult in rural regions. Adequate care for those affected in large cities is also a problem due to the overload of nursing services. For this reason, specially qualified nursing professionals are to take over these activities in the future.

In order to enable a standardized additional qualification of nursing specialists in the future, the DZNE has been conducting a study project since January under the name "InDePendent" ("Interprofessional Dementia Care: Task redistribution between physicians and qualified nursing professionals in home care"). The project is led by the DZNE and implemented in close cooperation with several consortium partners such as the Techniker Krankenkasse, the AOK Nordost and the University Medical Center Rostock. The evaluation of the project is carried out by the Institute of Community Medicine at the University Medical Center Greifswald. In addition to Mecklenburg-Western Pomerania, the participating federal states include Brandenburg and Hesse, which are involved in the implementation with the physician networks HaffNet, GNEF Gesundheitsnetz Frankfurt a. M. eG, MEDIS Ärztenetz Südbrandenburg and Demenz-Netzwerk-Uckermark e.V. The qualification of the nursing professionals will be implemented by the educational institution WBS Training AG. The Innovation Fund of the Federal Joint Committee (G-BA) is funding the InDePendent project with a total of approximately 4.3 million euros. "Our goal is to reduce existing gaps in care by redistributing tasks and thus improve the quality of life of those affected in the long term," says project leader Prof. Dr. Wolfgang Hoffmann, site speaker for the DZNE Rostock/Greifswald. "Their relatives should also be relieved ─ and so should family doctors, who can thus concentrate on core medical competencies."

As part of the project, people living in their own homes who are at least 70 years old and have dementia will be informed about the study by their primary care physicians and, after giving their consent, will be enrolled as participants. They are then randomly assigned to intervention or the waiting control group. Participating patients in the intervention group are assigned a specially trained nurse with an expanded nursing role for a period of six months. This nurse identifies the care needs with the help of an IT-based care management system and then implements them. Services previously provided by a physician can be carried out by the nurse specialist after consultation with the family doctor's office. In a waiting control group, on the other hand, the usual routine care is initially provided for six months ─ after which the specially qualified nursing specialist also takes care of these participants.

At the beginning of participation as well as after completion of care by the nurse specialist, the patients' living and care situation will be recorded and subsequently the differences between the two groups will be identified. After the end of participation, the care needs will be surveyed again to check the effectiveness of the new concept. The project will be successful if the number of unmet care needs in the intervention group is significantly lower than in the waiting-control group. Initial results are expected in 2022.

The basis for the "InDePendent" project and the continuing education program integrated into it is a provision in the Nursing Further Development Act from 2008, which allows nursing specialists to take over medical activities: Section 63 (3c) of the German Social Code, Book V (SGB V) contains an expanded catalog of medical activities that may be assumed by professionals in geriatric and nursing care. "No one has yet implemented this expanded nursing role in outpatient care," explains Wolfgang Hoffmann. "We are the first to want to introduce this new form of care for people with dementia living at home in a very concrete way. With our study, we want to create the scientific basis for this. If the practical test is now successful, we would like to establish this new form of care throughout Germany. Then many people with dementia and their relatives could be better helped in their own homes," says Hoffmann.

The DZNE investigates all aspects of neurodegenerative diseases (such as Alzheimer’s and Parkinson’s and Amyotrophic lateral sclerosis) in order to develop novel approaches of prevention, treatment, and health care. It is comprised of ten sites across Germany and cooperates closely with universities, university hospitals, and other research institutions on a national and international level. DZNE is a member of the Helmholtz Association of German Research Centers.