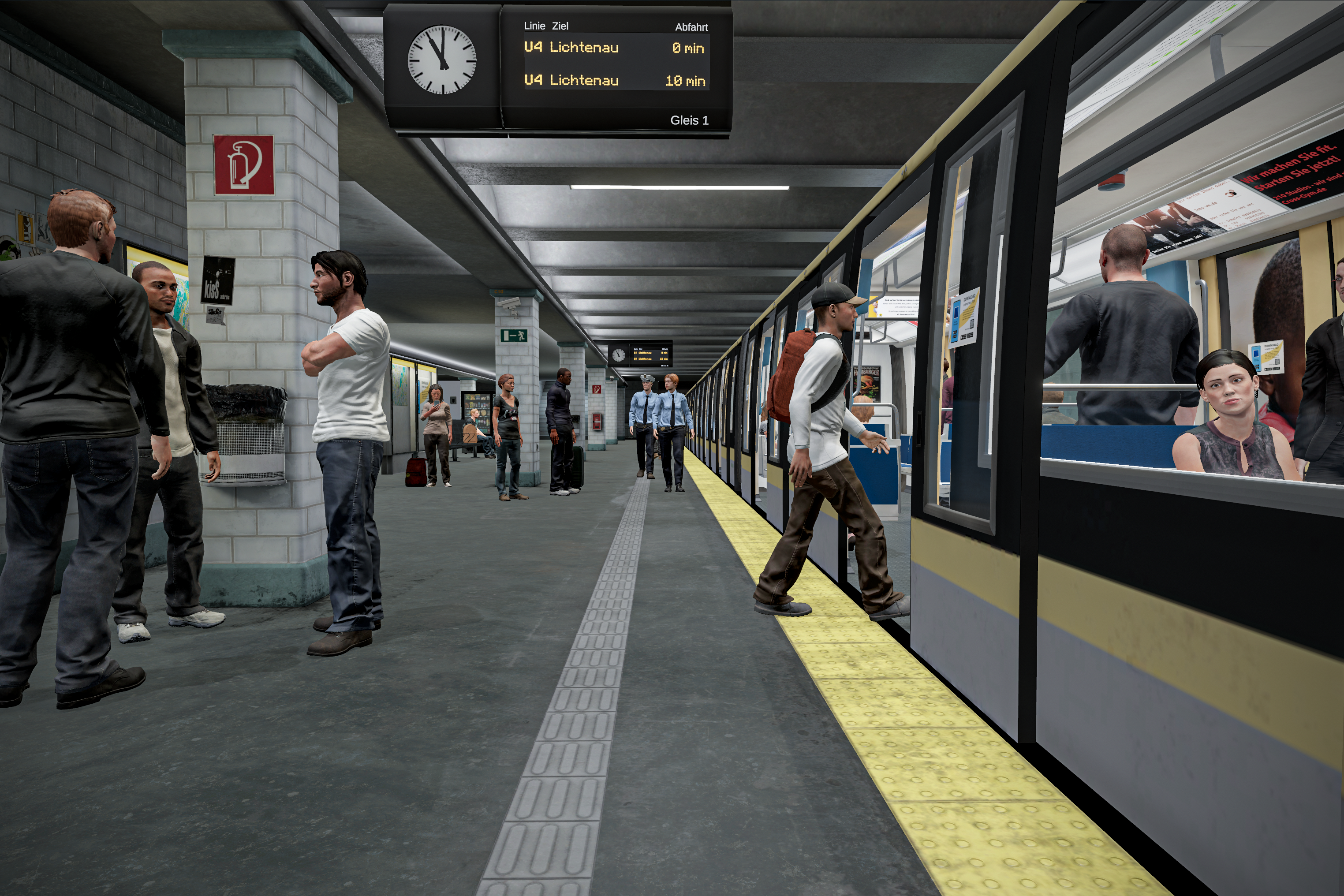 Berlin/Germany, July 14, 2022. Berlin-based “neomento GmbH” is a developer of virtual reality scenarios for the treatment of social phobias – an umbrella term for psychiatric disorders that occur when people meet and interact with each other. The company is a spin-off of DZNE. The asset of neomento’s technology is that therapy with virtual reality is easier to implement than conventional behavioral therapies and at the same time can be adapted more flexibly to the individual needs of patients.

Prof. Thomas Wolbers employs virtual reality (VR) to research how humans orient themselves in space and the extent to which orientation disorders can indicate dementia. “However, VR is not only suitable for dementia research, but also for the therapy of psychiatric disorders, especially when symptoms occur in social settings,” the neuroscientist says. Thus, based on knowledge from his research group, which is located at DZNE’s Magdeburg site, neomento was founded in 2020. The Berlin-based company develops computer-generated, realistic scenarios for the therapy of social phobias: These include, for example, presentation situations or street encounters in which people ask for directions.

neomento’s VR system is approved as a medical device and is being further developed and commercialized in cooperation with DZNE. “We see ourselves as a service provider for psychotherapeutic practices and clinics,” says Wolbers. As co-founder of neomento and “Chief Science Officer”, he is largely responsible for the company’s research and product development.

A Tool for Therapy

Individuals with social phobia are often plagued by anxiety or self-doubt in situations where they face other people: for example, talking in public, approaching strangers, or even riding the subway can cause significant stress, trigger negative feelings, and prevent them from coping with everyday situations. “Affected individuals try to avoid such events. This avoidance strategy can have a massive impact on them professionally and privately and ultimately have a negative effect on their entire daily living,” says Wolbers.

In the virtual environment provided by neomento, patients – supported by a therapist – can learn to cope better with such challenges. “With our system, we provide therapists and patients with a tool that effectively supports them in achieving their therapy goals. The effectiveness and benefits of VR therapy have been scientifically proven. VR therapy is explicitly recommended in the guidelines for the treatment of anxiety disorders. However, this form of therapy is still not very widespread, as the required technology has only been on the market for a few years,” says Wolbers.

neomento has developed a spectrum of scenarios that recreate situations in buildings, on public transport or even outdoors. In these virtual environments, affected individuals can be deliberately exposed to situations that they find very uncomfortable. “Patients experience the virtual events as extremely real. Through confrontation, they learn to better manage their fears, thinking and behavior to the corresponding situations and thus regain self-confidence,” says Wolbers. Such therapy would otherwise have to be recreated for example in role plays, which would require personnel and considerable organizational effort. In light of this, individuals with social phobia often have to wait a long time to get a place for therapy. “With virtual reality, it is relatively easy to simulate many situations and flexibly adapt them to particular needs. This allows therapy to be tailored to individual needs, while at the same time reducing effort and costs,” says Wolbers.

With neomento’s VR system, a therapist controls the virtual events by computer. The company is also developing ways to evaluate stress signals – for example, based on pulse rate or skin conductance. “This data is continuously logged by the system. This allows stress levels to be determined and an objective assessment to be made of whether a treatment is working. In conventional behavioral therapy, it is usually difficult to capture such parameters,” says Wolbers. The scenarios are dynamic and interactive. For instance, in a seminar situation, a virtual listener can be set to speak up and ask questions. The patient hears these questions through headphones and then has to deal with the situation.

“Our VR system offers numerous interactive scenarios, the visualization is very realistic, and we have the possibility to capture bodily reactions. In this combination, there are probably hardly any comparable tools for the treatment of social phobias at present,” says Wolbers. And neomento is looking to expand its portfolio. “We see depression, post-traumatic stress disorder and alcohol addiction as further areas of application. Also here, social interactions are relevant. Being able to recreate such situations realistically is a key feature of our system. Together with clinical partners, we are already working on corresponding scenarios.”

About the Deutsches Zentrum für Neurodegenerative Erkrankungen, DZNE (German Center for Neurodegenerative Diseases): The DZNE is a research institute funded by the German federal and state governments, comprising ten sites across Germany. It is dedicated to diseases of the brain and nervous system, such as Alzheimer’s, Parkinson’s, and ALS, which are associated with dementia, movement disorders and other serious health impairments. To date, there are no cures for these diseases, which represent an enormous burden for countless affected individuals, their families, and the healthcare system. The aim of DZNE is to develop novel strategies for prevention, diagnosis, care, as well as treatment, and to transfer them into practice. To this end, the institute cooperates with universities, university hospitals, research centers and other institutions in Germany and abroad. It is a member of the Helmholtz Association and belongs to the German Centers for Health Research.