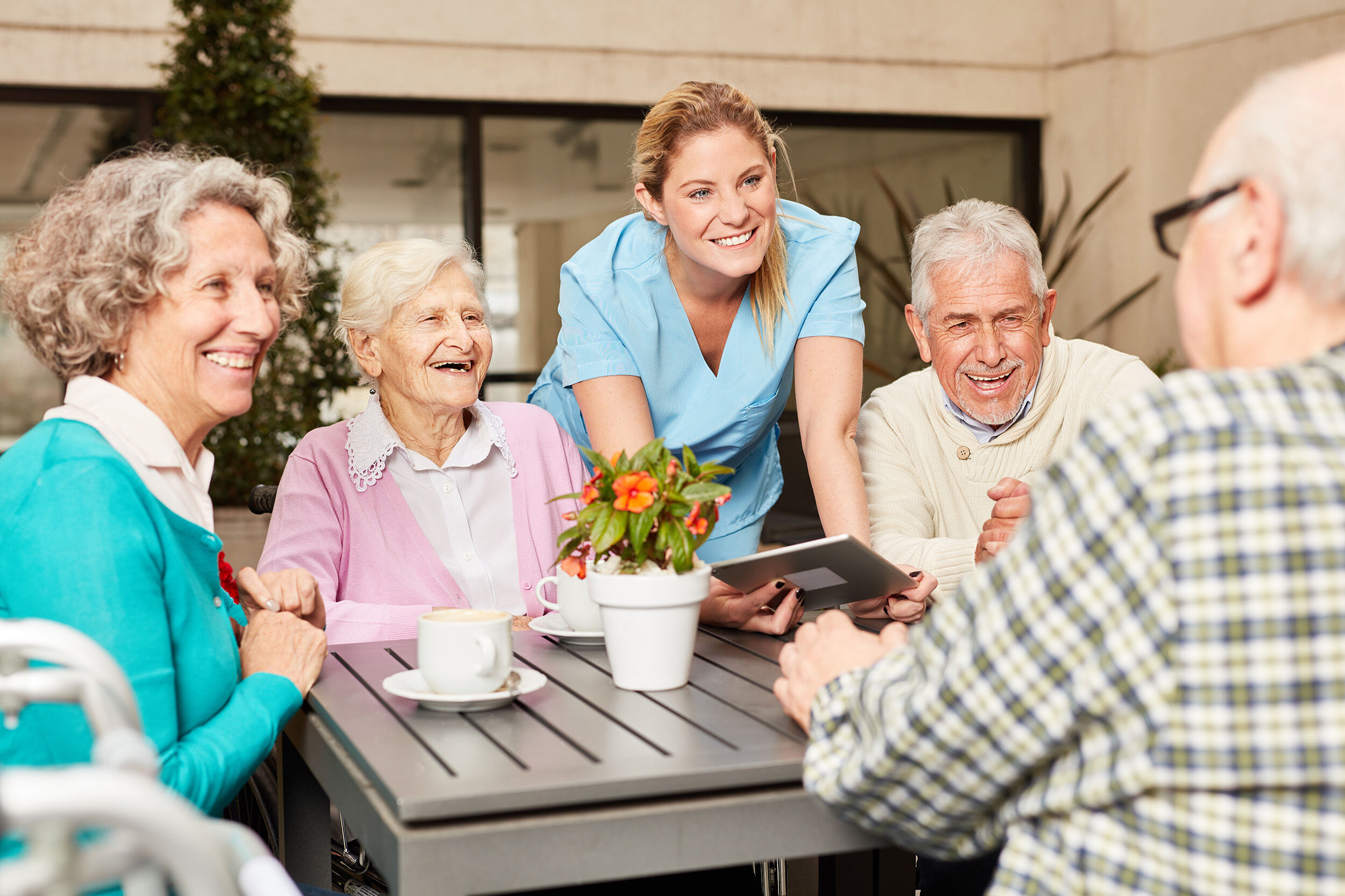 New study on treatment and care for people with dementia published

Bonn/Berlin, January 6, 2023. According to current estimates, 1.8 million people in Germany live with dementia. This number could rise to as many as 2.8 million by 2050. To date, healthcare for people with dementia has focused primarily on medical and nursing aspects, but the study now published puts a greater focus on psychosocial aspects as well.

The DZNE study „Identifikation relevanter psychosozialer Faktoren in der Entstehung, Behandlung und Versorgung von Menschen mit Demenz“ investigates the effect of different measures in the treatment of people suffering from dementia. Its key finding is that people affected by dementia who are cared for in their familiar environment and are socially integrated show better disease progression. The study was funded by the German Federal Ministry for Family Affairs, Senior Citizens, Women and Youth (BMFSFJ).

Lisa Paus, Federal Minister for Family Affairs: "A diagnosis of dementia means drastic changes not only for those affected, but also for their relatives. The results of the study clearly show that when caring for people with dementia, we must focus not only on medical aspects but also on social aspects. As a society, we must do everything we can to ensure that dementia patients can live independently and self-determinedly in their familiar homes for as long as possible and are involved in social activities. It is important that people with dementia and their relatives feel valued and noticed. As the German Federal Ministry for Family Affairs, for example, we are promoting local alliances for people with dementia as part of the German government's "National Dementia Strategy" with the aim of improving networking between local players in order to develop suitable services together with those affected."

The results of the study provide important indications for a good living together with people with dementia as well as for their healthcare and therapy: According to the findings, the individual's living environment plays a particularly important role for those persons. Good and regular social contacts, especially joint activities that promote social interaction and allow people with dementia to actively participate in everyday life, have a positive effect on dementia symptoms. The study's findings confirm studies from abroad that had previously suggested similar results.

In their work, the DZNE researchers involved nursing and medical care staff, volunteers, and family caregivers in focus group discussions.

Prof. Dr. Wolfgang Hoffmann, speaker of the DZNE site Rostock/Greifswald: "The intensive discussions with the study participants confirm that psychosocial factors are of great importance - both for the quality of life and for the autonomy and social participation of people with dementia. If psychosocial aspects are strengthened in a targeted manner, this positively influences the course of the disease and supports family caregivers."

The researchers derived concrete operational recommendations from the results of the focus group discussions. According to these, it is important to initiate model projects that strengthen "positive social contacts of people with dementia." There is also a need for social awareness and support for family members to create an understanding of dementia symptoms. In practice, however, many approaches fail due to a lack of trained personnel and also long distances and corresponding transportation options. "Nevertheless, the next important step would be to develop concrete practical ways to integrate the most demonstrably effective psychosocial interventions into dementia care," the authors conclude.

In order to facilitate a long independent and self-determined life for people with dementia in their own homes, concrete measures are already being implemented in the National Dementia Strategy of the Federal Government to better integrate those affected into society and to provide stronger support for family members.