Radicals seem to be good for the brain 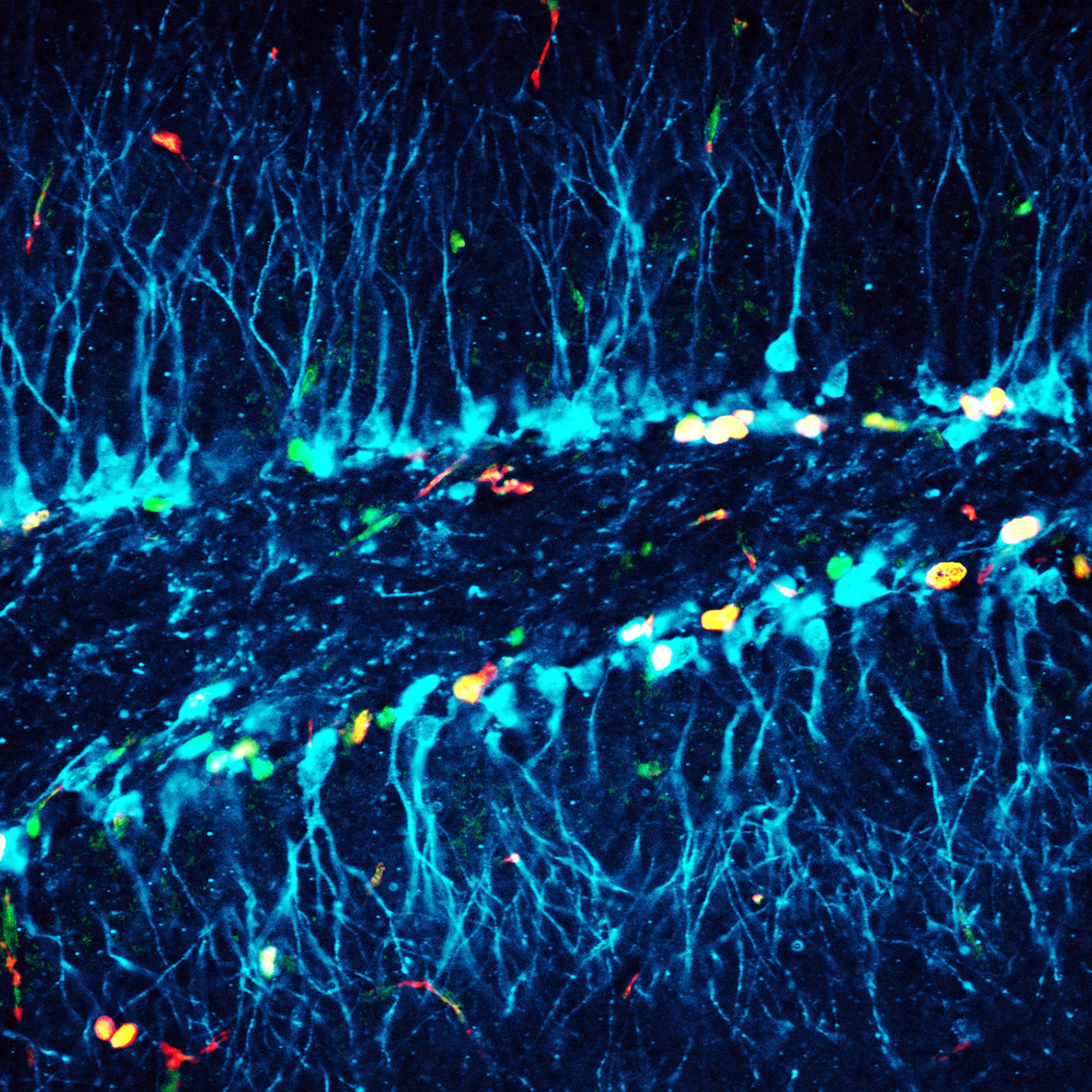 New insights into the mechanisms of neuroplasticity

Dresden, November, 4th, 2020. Reactive oxygen molecules, also known as “free radicals”, are generally considered harmful. However as it now turns out, they control cellular processes, which are important for the brain’s ability to adapt – at least in mice. Researchers from the German Center for Neurodegenerative Diseases (DZNE) and the Center for Regenerative Therapies Dresden (CRTD) at TU Dresden published the findings in the journal “Cell Stem Cell”.

The researchers focused on the "hippocampus", a brain area that is regarded as the control center for learning and memory. New nerve cells are created lifelong, even in adulthood. "This so-called adult neurogenesis helps the brain to adapt and change throughout life. It happens not only in mice, but also in humans," explains Prof. Gerd Kempermann, speaker of the DZNE’s Dresden site and research group leader at the CRTD.

A trigger for neurogenesis

New nerve cells emerge from stem cells. "These precursor cells are an important basis for neuroplasticity, which is how we call the brain's ability to adapt," says the Dresden scientist. Together with colleagues he has now gained new insights into the processes underlying the formation of new nerve cells. The team was able to show in mice that neural stem cells, in comparison to adult nerve cells, contain a high degree of free radicals. "This is especially true when the stem cells are in a dormant state, which means that they do not divide and do not develop into nerve cells," says Prof. Kempermann. Current study shows that an increase in the concentration of the radicals makes the stem cells ready to divide. "The oxygen molecules act like a switch that sets neurogenesis in motion."

Free radicals are waste products of normal metabolism. Cellular mechanisms are usually in place to make sure they do not pile up. This is because the reactive oxygen molecules cause oxidative stress. "Too much of oxidative stress is known to be unfavorable. It can cause nerve damage and trigger aging processes," explains Prof. Kempermann. "But obviously this is only one aspect and there is also a good side to free radicals. There are indications of this in other contexts. However, what is new and surprising is the fact that the stem cells in our brains not only tolerate such extremely high levels of radicals, but also use them for their function.”

Radical scavengers, also known as "antioxidants", counteract oxidative stress. Such substances are therefore considered important components of a healthy diet. They can be found in fruits and vegetables. "The positive effect of antioxidants has been proven and is not questioned by our study. We should also be careful with drawing conclusions for humans based on purely laboratory studies," emphasizes Kempermann. "And yet our results at least suggest that free radicals are not fundamentally bad for the brain. In fact, they are most likely important for the brain to remain adaptable throughout life and to age in a healthy way.”