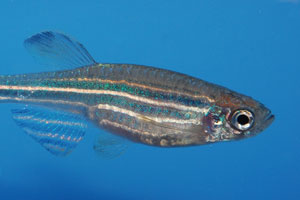 Dresden/Germany, November 7, 2013. The biologist Caghan Kizil (32) is to be granted approximately 1.7 million Euros over the next five years to develop his projects at the Dresden site of the DZNE. An international panel of experts approved his application for a “Helmholtz Young Investigators Group” in a competitive selection procedure. Kizil is searching for new ways to treat diseases of the nervous system. For this, he wants to investigate how damaged neurons may be replaced by new ones using the zebrafish as a model organism. Kizil will be collaborating closely with the DFG Research Center for Regenerative Therapies Dresden – Cluster of Excellence at the TU Dresden (CRTD). The Helmholtz Association and the DZNE will be funding the research group with a total of 1.25 million Euros. The CRTD will be supplementing these subsidies with its own funds.

This financial support is a major boost for the young scientist’s projects and career. Kizil is now assembling a team with whom he wants to explore the ability peculiar to zebrafish: These fish – which originate from Asiatic river basins and are a common model organism in neuroscience – can at least partly recover from brain damage by growing new nerve cells. Kizil wants to draw on the zebrafish’s talent to trigger the growth of new neurons in the human brain. This would open up new ways for treating Alzheimer’s and other neurological diseases.

Although zebrafish and humans belong to different vertebrate classes they share an evolutionary past. Therefore, the regeneration skills apparent in zebrafish may lie dormant in humans. This is a possibility Kizil wants to investigate.

“My motivation is to create a basis for new treatments,” he says. “Alzheimer’s largely erases patient’s memories and personality. This is caused by the death of brain cells. In zebrafish, nature has found a way of regenerating damaged nerve tissue. I would like to understand how this mechanism works and find a way to apply this knowledge to humans.”

Promoting young talents
66 young researchers from all over the world applied for the current round of promotions for Helmholtz Young Investigators Groups. 19 of them were selected as new group leaders by an international panel of experts in a stringent competitive procedure comprising several stages. These young researchers work at 11 facilities of the Helmholtz Association but are also involved in university teaching and have good prospects of permanent employment in the case of good performance.