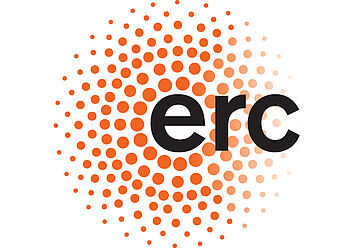 Munich, January 21st, 2014. Professor Dieter Edbauer (37) from the Munich site of the German Center for Neurodegenerative Diseases (DZNE) has been awarded a “Consolidator Grant” worth approximately two million Euro by the European Research Council (ERC). This award goes to young researchers whose projects are breaking new scientific ground. Edbauer will be using this financial support to investigate brain diseases currently deemed incurable and develop measures to treat them. The diseases targeted are the most common hereditary form of amyotrophic lateral sclerosis (ALS) and frontotemporal dementia (FTD). The causes and symptoms of these diseases overlap. They may manifest with dementia, personality changes and also with impaired speech and movement. Patients often die within just a few years.

The molecular biologist is focusing on extremely unusual proteins, which form clumps in the brains of patients. It is just a few months since Edbauer and his colleagues deciphered the composition and formation of these proteins.

“The studied proteins consist of a chain of identical elements. We call them dipeptide-repeat proteins, DPRs for short. They normally do not occur in the body, which means they are very unusual,” explains Edbauer, who leads a research group at the DZNE’s Munich site.

Translation errors in the brain

The researchers were able to trace these proteins back to a genetic peculiarity. “The DNA of these patients contains a particular section, which repeats itself hundreds or even thousands of times. In healthy people, this sequence occurs less than 30 times. The formation of a protein product is highly unexpected, because these repetitive sequences are located in an area of the genome which normally is not translated into proteins,” says the molecular biologist.

The function of these proteins has not yet been determined. “We know very little about their effects and properties. Our project is breaking new scientific ground,” says Edbauer. “It seems that the DPRs are of no use whatsoever to the organism and that they damage nerve cells. We want to investigate this in depth. We also want to find out how these proteins are formed, because it is absolutely unclear why this particular area of the genome is translated at all.”

Besides investigating tissue samples from patients, Edbauer’s team will also examine cell cultures and genetically modified mice to find new targets for treatments. “We want to test substances which prevent the creation of these proteins or slow down the aggregation process,” is how he describes the research plan.

Currently available treatments for ALS and FTD can at best alleviate the symptoms. At present, there would be no way of stopping the progression of these diseases, explains Edbauer: “The DPRs could be ideal targets for a specific treatment, because they do not occur in healthy people. If we devise a treatment, which specifically tackles these proteins, we should be able to avoid the disruption of vital metabolic processes. This minimises the risk of side-effects.”

The Munich-based researcher sees the grant of the ERC as a great opportunity: “I hope we can take a major step towards developing a causative treatment against these catastrophic diseases.”

Second grant for the DZNE

The ERC awards “Consolidator Grants” to young researchers working at the cutting edge of science. The funds are awarded after a highly competitive selection procedure and are spread over a period of five years. Dieter Edbauer is the second DZNE scientist to receive an award from the ERC: Prof. Thomas Wolbers from the DZNE site in Magdeburg was previously awarded a “Starting Grant”.

Dieter Edbauer (b. 1976) studied medicine in Munich and obtained his doctorate for studies at the Gene Center of the University of Munich (LMU) in 2001. From 2001 to 2004, he worked at the LMU’s Adolf Butenandt Institute. This was followed by five years of research at the renowned Massachusetts Institute of Technology in the USA. Since 2009, he leads a Helmholtz Young Investigators Group at the Munich site of the German Center of Neurodegenerative Diseases (DZNE).