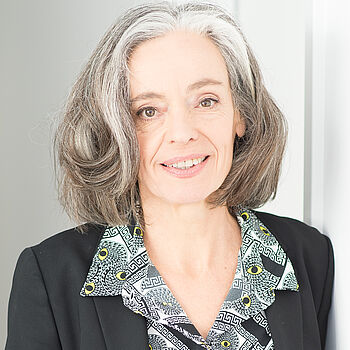 Bonn/Amsterdam, September 30th, 2015 – Prof. Monique Breteler from the German Center for Neurodegenerative Diseases (DZNE) has been appointed as Foreign Member of the Royal Netherlands Academy of Arts and Sciences. The election recognizes her outstanding academic work and international scientific leadership.

Breteler has been researching the fundamentals of healthy aging for many years, focusing on the changes that take place in the brain during the course of our lives. Her research has majorly contributed to the current understanding of Alzheimer’s disease as a complex and heterogeneous disease. Her original observations generated many of the insights and hypotheses that dominate the field today including the role of vascular mechanisms, metabolic disorders, inflammation and lifestyle factors in the development and progression of neurodegenerative diseases. Moreover, she has pioneered large-scale population-imaging studies since the early nineteen nineties.

“I am particularly interested in disease prevention. What makes us sick, what keeps us healthy? What interventions can we develop and what can people personally do to keep fit later in life? How can we at a very early stage identify those persons who might benefit from targeted measures or medications to prevent later disease? These are questions that motivate me,” explains Breteler.

From Rotterdam to the Rhineland

For more than two decades her primary affiliation was with the Department of Epidemiology & Biostatistics of Erasmus University Rotterdam, in the Netherlands where she developed and led the neurological component of the Rotterdam Study and founded the Rotterdam Scan Study, both internationally leading population studies in the area of neurodegenerative diseases.

The scientist aims to expand on this knowledge with the “Rhineland Study”, which will get under way in Bonn over the next few months. Breteler and her team have ambitious plans: their goal is to monitor up to 30,000 people over the next decades and document their health condition on a regular basis.

“Our research approach is very broad. The Rhineland Study will therefore not only be focusing on the risk of dementia or other diseases of the nervous system. We want to gain a general understanding of how the brain changes over the course of our lives and how this affects our health,” says Breteler.

Prof. Dr. Dr. Monique M. B. Breteler is Director of “Population Health Sciences” at the DZNE. She was born in the Netherlands in 1961, studied medicine and worked as a researcher at Erasmus University Rotterdam. In 2011 she moved to Bonn, Germany, to develop population research within the DZNE and to establish the “Rhineland Study”. Furthermore, she is a professor at the University of Bonn and an adjunct professor at the Harvard School of Public Health in Boston, USA.

The Royal Netherlands Academy of Arts and Sciences was founded in 1808 as an advisory body to the Dutch Government – a role that it continues to play today. The Academy derives its authority from the quality of its members, who represent the full spectrum of scientific and scholarly endeavour and are selected on the basis of their achievements.