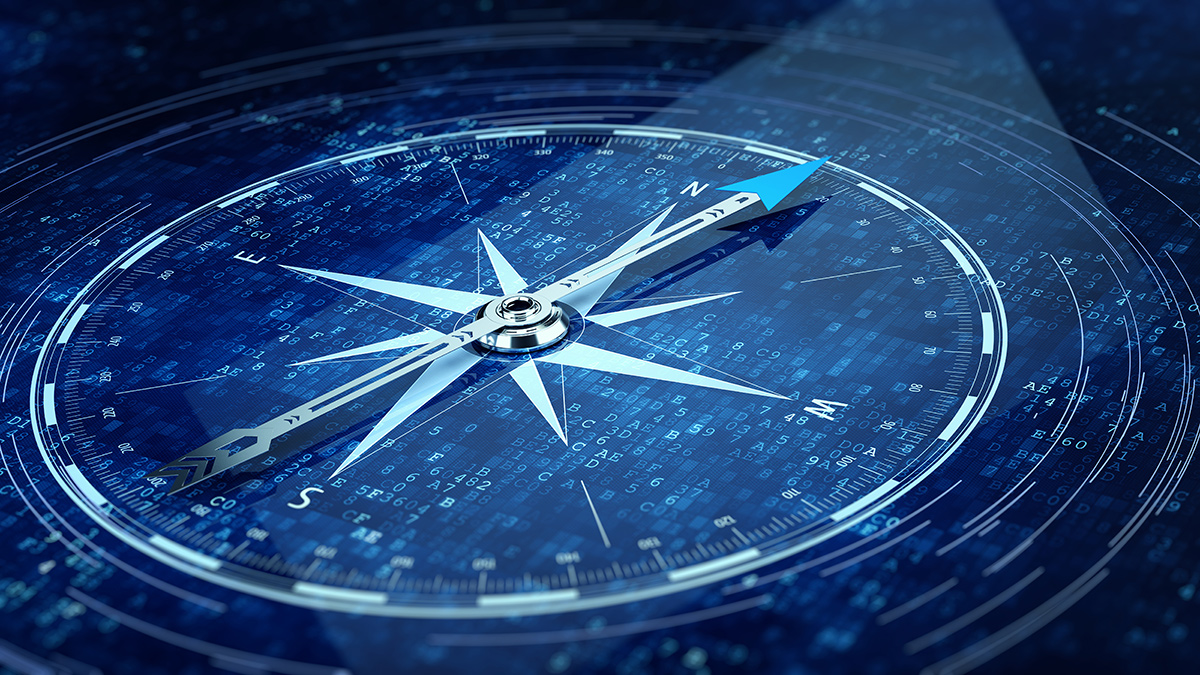 In “Nature Communications”, DZNE scientists report on causes for troubles in spatial navigation and ties to the research on Alzheimer’s disease. Source: © Sashkin – stock.adobe.com (Symbolic image: nor for editorial use)

Magdeburg/Germany, June 10, 2020. Our sense of direction tends to decline with age. In the scientific journal “Nature Communications”, researchers from the German Center for Neurodegenerative Diseases (DZNE) and experts from the USA report on new insights into the causes of this phenomenon. According to their findings, the main source of errors in determining spatial position and apparently the cause of age-related orientation problems is a “noisy” and therefore imprecise perception of the speed at which one is moving. These study results could contribute to the development of diagnostic tools for early detection of dementia.

From visual stimuli to muscle feedback and signals relayed by the vestibular system - the human brain uses a wide range of sensory inputs to determine position and to guide us through space. An essential part of the necessary information processing happens in the “entorhinal cortex”. In this area, which is present in both brain hemispheres, there are special neurons that generate a mental map of the physical environment. Thus, information on real space is translated into a “data format”, which the brain can process. “The human navigation system works quite well. But it is not without flaws”, explained Prof. Thomas Wolbers, principal investigator at the DZNE, Magdeburg site. “It is well known that there are people with good orientation skills and those who find it harder to find their way around. This ability usually diminishes with age, because older people generally find spatial orientation more difficult than younger individuals, especially in unfamiliar surroundings. Therefore, the chances of getting lost increase with age.“

To understand the causes of this decline, DZNE scientists led by Thomas Wolbers, in collaboration with experts from the US Massachusetts Institute of Technology and the University of Texas at Austin, designed a specific experiment: A total of about 60 cognitively healthy young and older adults who were fitted with “virtual reality” goggles had to move and orient themselves - separately from each other - within a digitally generated environment. Simultaneously, participants also moved physically along convoluted paths. They were assisted by an experimenter who led the individual test person by the hand. In doing so, real locomotion led directly to movements in virtual space. “This is an artificial setting, but it reflects aspects of real situations,” said Wolbers.

During the experiment, participants were asked several times to estimate the distance and direction to the starting point of the path. Because the virtual environment offered only a few visual cues for orientation, participants had to rely mainly on other stimuli. “We looked at how accurately participants were able to assess their position in space and thus tested what is known as path integration. In other words, the ability to determine position based on body awareness and the perception of one’s own movement. Path integration is considered a central function of spatial orientation,” explained Wolbers.

Just as important as the experimental setup was the mathematical modeling of the measured data. This was based on an approach to describe interfering effects on position determination as noise. “The human body and its sensory organs are far from perfect. Information processing in the brain is therefore affected by glitches, which can be interpreted as noise. This is similar to a radio broadcast, where noise can superimpose the actual signal,” said Wolbers. “With the help of our mathematical model, we were able to unravel the contributions of various sources of error and identify what distorts position tracking the most and what has little effect. Such sources of error have never been investigated at this level of detail.”

For example, data evaluation showed that body rotation in the direction of the path’s starting point was consistently quite accurate. And memory errors played virtually no role. “To determine the location in space while you are moving, you have to constantly update your position in your mind. This requires you to remember where you were moments before. In this respect, our analysis found only minimal errors,” said Wolbers.

A matter of velocity

The research team’s conclusion: Errors in path integration are mainly caused by “accumulating internal noise” in information processing - and this phenomenon is probably a consequence of inaccuracies in the perception of movement speed. "It should be noted that humans intuitively estimate distances covered on the basis of how long and how fast they were previously travelling. Yet, our study suggests that the critical source of error for determining position is not time perception, but apparently random fluctuations in the speed information that gets to the brain,” said Wolbers.

This source of error was dominant both in the younger (average age 22 years) and in the older adults (average age 69 years). “The young subjects were generally better at orientation than the older study participants. Critically, the accumulating internal noise increased with age. This phenomenon is apparently the main cause of deficits in path integration and probably also the trigger for age-related orientation problems. However, we do not yet know the exact origin of this noise and why it increases with age,” said Wolbers.

In previous studies, Wolbers and other DZNE researchers had found that in cognitively healthy, older adults, certain neurons of the entorhinal cortex – so-called grid cells –, which are essential for spatial navigation, fire irregularly: Their activity is unstable. This was related to age-related difficulties in orientation. The current results suggest that these instabilities are not due to malfunctions of the grid cells themselves, but are caused by noise from outside. The problem is therefore not in the grid cells but in the flow of information that reaches the entorhinal cortex. This points to a possibility for the early diagnosis of Alzheimer’s.

“Alzheimer’s disease is associated with damage to the entorhinal cortex at an early stage. It is therefore reasonable to assume that orientation disorders such as those that manifest in Alzheimer’s originate in this area of the brain. Unlike age-related orientation difficulties, as our current study suggests,” explained Wolbers. “This could provide an opportunity to distinguish normal age-related orientation problems from those caused by Alzheimer’s. In the long term, our aim is to develop diagnostic methods that detect Alzheimer’s at an early stage. This might be possible using technology such as virtual reality. We are currently preparing clinical studies on this.“