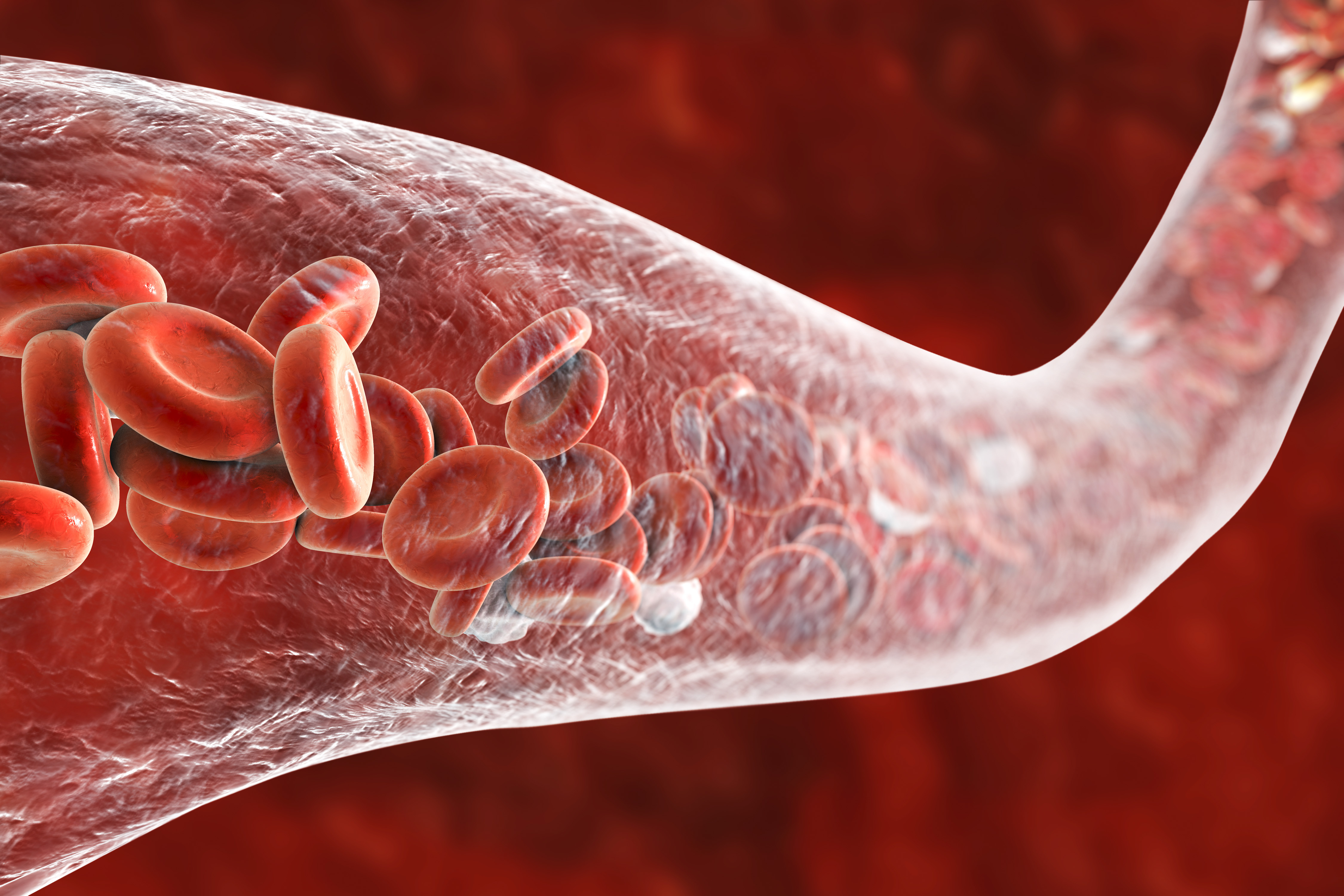 Symbolic image, not for editorial use. Source: © Kateryna_Kon – stock.adobe.com

Spotlight on a new risk factor for vascular dementia

Tübingen/Germany, September 9, 2020. Deposits of a protein called “Medin”, which manifest in virtually all older adults, reduce the elasticity of blood vessels during aging and hence may be a risk factor for vascular dementia. Experts from the German Center for Neurodegenerative Diseases (DZNE) and the Hertie Institute for Clinical Brain Research (HIH) at the University of Tübingen report on this in the scientific journal PNAS. The researchers regard these deposits as targets for future therapies. Their findings are based on studies in mice and the analysis of human tissue samples.

Nearly all people over the age of 50 are known to have tiny lumps of the protein Medin in the walls of their blood vessels. “These deposits are apparently a side effect of the aging process. They are predominantly found in the aorta and in blood vessels of the upper body, including those of the brain. Most surprisingly, in our study we could not only detect Medin particles in brain tissue samples from deceased individuals but also in old mice – despite the limited lifespan of these animals,” said Dr. Jonas Neher, head of the current study and a scientist at the DZNE’s Tübingen site and the HIH.

Medin is considered problematic, because it belongs to a group of molecules called “amyloids” that are often associated with pathological conditions. A prominent example is “amyloid beta”, whose aggregates are involved in Alzheimer’s disease. “It has been assumed for quite some time that Medin aggregates have an unfavorable effect on blood vessels and can contribute to vascular diseases. Recent studies support this hypothesis. According to these previous findings, older adults with vascular dementia show increased amounts of Medin deposits compared to healthy individuals,” said Neher.

However, despite these suspicious signs, there has not yet been conclusive evidence that the protein lumps are actually harmful. A research team led by Neher has now succeeded in proving this – enabled by their finding that Medin deposits also form in aging mice. Their study is the result of a collaborative effort also involving scientists from Frankfurt, Munich, Liverpool and London. “We investigated how quickly blood vessels in the brain can dilate. For this we compared aged mice that have Medin deposits with mice that genetically lack Medin and therefore do not develop Medin deposits,” said Neher. Such studies are difficult to conduct in humans, he explained: “Almost all older adults have Medin aggregates. Therefore, it is almost impossible to compare people of about the same age with and without aggregates.”

Neher’s team observed that mice - analogous to humans - show increasing amounts of Medin particles in their blood vessels with advancing age. “In this respect, the mouse seems to adequately mimic the situation in humans,” said Neher.

In mice, the researchers also found that when the brain is active and a higher blood supply is needed, blood vessels with Medin deposits expand more slowly than those without Medin. “Brain vessels with Medin appear to be less flexible and therefore react more sluggishly.” However, the ability of the vessels to expand rapidly is important for regulating blood flow and providing the brain with an optimal supply of oxygen and nutrients, the researcher said. “If this ability is impaired, it can have far-reaching consequences for the functioning of organs.” Medin deposits therefore seem to contribute to the deterioration of blood vessel function at an advanced age. “And this is probably not only the case in the brain, because the deposits also occur in other blood vessels and could therefore lead not only to vascular dementia but also to cardiovascular disease.”

Neher cannot give a definite answer about the mechanisms by which the Medin particles act on the blood vessels. However, he does have a theory: “Fibers run in the vessel wall that allow the blood vessel to stretch and contract. Since the protein deposits are embedded in the vessel wall, they may interfere with the function of these elastic fibers.”

Medin is derived in an as yet unknown way from a larger protein that is involved in the formation of new blood vessels, amongst other things. “If this precursor molecule could be stabilized with drugs, the production of Medin might be modulated. Alternatively, the break-down of Medin aggregates could be stimulated. This could help to maintain vascular and brain health in old age. However, there are no such medicines available to date,” said Neher. “It is therefore important to see Medin as a risk factor that almost every older adult carries within him or herself. Although Medin affects a really large group of people, it has so far received little attention in therapy research. Our findings suggest that it should move more into the spotlight.”