How Environmental Factors Could Provide for a Young Brain 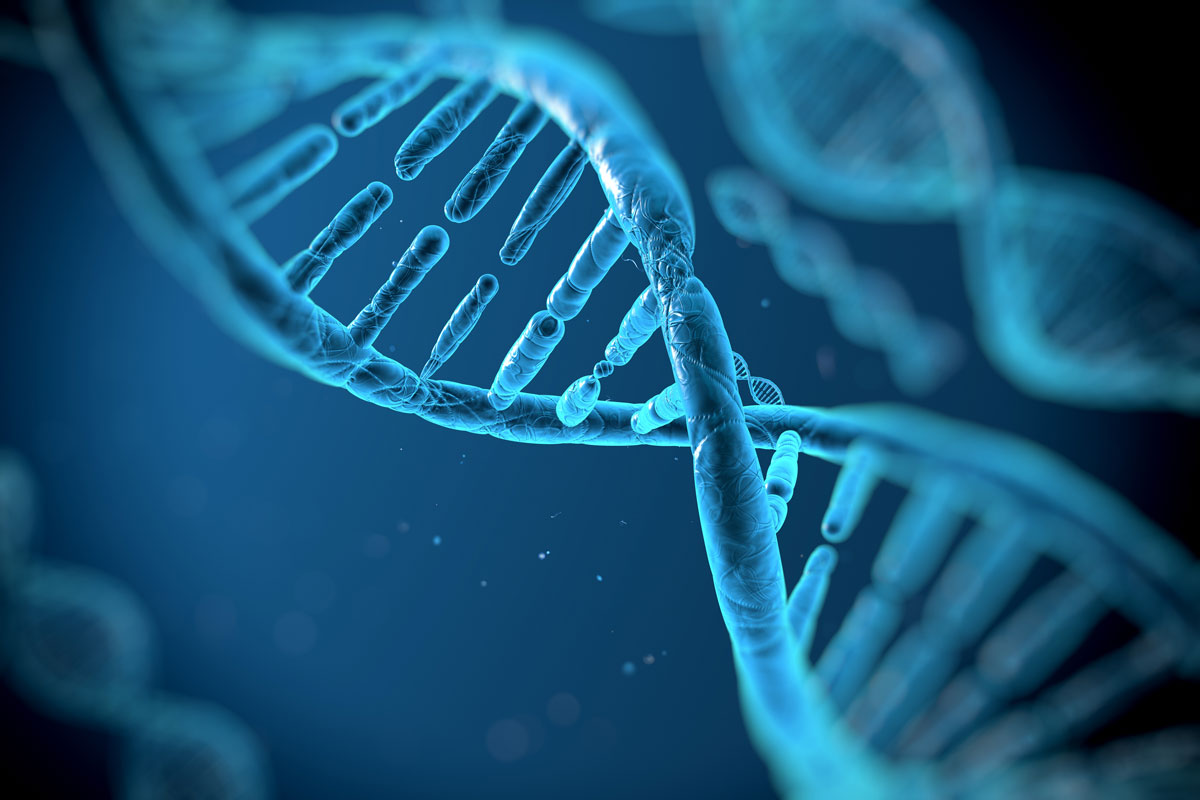 Symbol of a DNA, image not for editorial use. Source: vitstudio - stock.adobe.com

Dresden/Germany, June 29, 2021. A stimulating environment keeps the “hippocampus” – which is the brain’s memory control center – young, so to speak. Causes of this are molecular mechanisms that affect gene regulation. These current findings from studies in mice provide clues as to why an active, varied life can help preserve mental fitness in old age. Researchers from the DZNE and the Center for Regenerative Therapies Dresden (CRTD) at the Technische Universität Dresden report on this in the journal “Nature Communications”.

Human DNA – and this also applies to mice – contains thousands of genes. However, it is not only the genetic blueprint that is decisive for the function of a cell and whether it is healthy or not, but above all which genes can be switched on or off. Aging, living conditions and behavior are known to influence this ability to activate genes. The phenomenon, referred to as “epigenetics”, was the focus of the current study. For this, researchers including Dr. Sara Zocher and Prof. Gerd Kempermann examined mice that had grown up in different environments: One group of animals experienced, from a young age, an “enriched” environment with toys and tunnel tubes. The rodents of a second group did not have such occupational opportunities.

Attachments to the DNA

When the scientists examined the genome, they found that in those mice that grew up in the stimulating environment, there was, with age, only a relatively small change in certain chemical tags of the DNA. In mice from the low-stimulus environment, these changes were much more pronounced – in comparison between young and older animals. “We registered so-called methyl groups, which stick to the DNA,” explains Gerd Kempermann, speaker for the DZNE’s Dresden site, DZNE research group leader and also a scientist at the CRTD. “These chemical attachments do not alter the genetic information per se. Rather, they influence whether individual genes can be activated or not.”

Such “epigenetic markings” tend to diminish with age, but in the animals with stimulating living conditions, the decrease in methyl groups was comparatively small. Thus, in old mice raised in a varied environment, gene activity had, in a sense, remained young. In particular, this affected a series of genes relevant to growing new neurons and cellular connections in the hippocampus. “Epigenetically, these animals retained a younger hippocampus,” Kempermann says. Therefore, the brains of these mice were more malleable – experts speak of greater “neuroplasticity” – than in conspecifics of the same age that had grown up in a low-stimulus environment.

The current study did not include behavioral experiments. However, Kempermann points out that many other studies have shown that mice raised in high-stimulus settings perform better on memory tests than those from low-stimulus environments. “It is fair to assume that this mental fitness is due to the stabilization of methylation patterns that we observed,” the neuroscientist says. "Of course, the question is to what extent our findings also apply to humans. Here, the situation is likely to be more complicated. After all, it is about how living conditions influence behavior and the way humans react to external stimuli is much more complex than in mice. However, we have good reasons to believe that the basic epigenetic principles are the same in humans as in mice.”

The DZNE is a research center that addresses all aspects of neurodegenerative diseases (such as Alzheimer’s, Parkinson’s and Amyotrophic lateral sclerosis) in order to develop novel approaches of prevention, treatment, and health care. It is comprised of ten sites across Germany and cooperates closely with universities, university hospitals, and other research institutions on a national and international level. The DZNE is publicly funded and a member of the Helmholtz Association of German Research Centers.