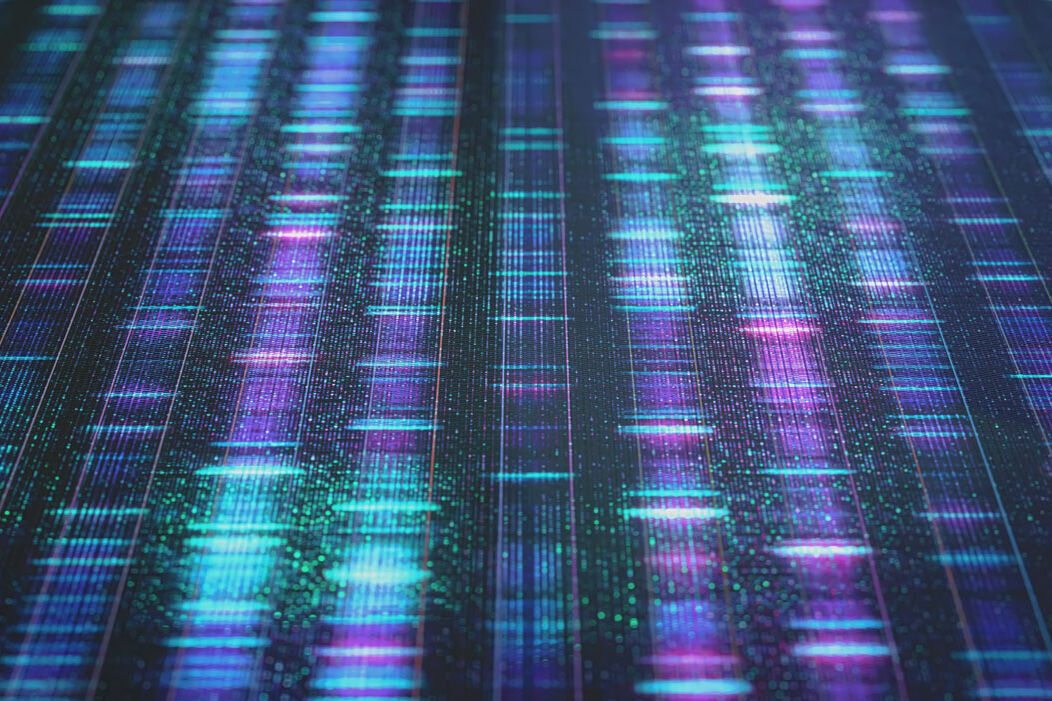 Bonn/Germany, January 11, 2022. Dr. Dr. Ahmad Aziz, scientist at DZNE’s Bonn site, has been awarded a “Starting Grant” from the European Research Council (ERC) worth around 1.5 million euros. With this funding, he aims to investigate the extent to which certain patterns in the genetic code contribute to the pathogenesis of dementia and other neurodegenerative diseases. Specifically, this involves assessing the effects on the brain of repetitive sequences of DNA, so called “tandem repeats”, for which data from the general population and different patient groups will be analyzed. The research project combines state-of-the-art technologies for cell, genome and neuroimaging analysis; it intends to provide insights into disease mechanisms and, thereby, lay the basis for better preventive and therapeutic strategies.

Very long tandem repeats cause a number of rare neurodegenerative disorders such as Huntington’s disease, which is associated with severe motor, cognitive and psychiatric disturbances. In Huntington’s disease, the mutation leads to the production of a defective protein that ultimately triggers the death of brain cells. However, such repetitive sequences of DNA do not only occur in rare diseases. “The human genome comprises more than one million tandem repeats, and as showed recently, relatively long tandem repeats are much more common in the general population than previously thought. They do not always cause overt disease, but there is evidence that they may affect brain development, maturation and function,” Aziz explains, who, in addition to doing research at DZNE, is also a consultant neurologist at the Department of Neurology of University Hospital Bonn. “I therefore suspect that tandem repeats could substantially contribute to the genetic risk for neurodegeneration. But so far, only a handful of these repetitive DNA sequences have been looked at in detail. That’s why me and my team will systematically assess thousands of tandem repeat containing loci across the human genome to find out which biological traits they are related to.”

Aziz and his team want to particularly focus on the role of “somatic instability”. This refers to the fact that tandem repeats can become longer and longer over time - i.e. with age. “Thus, with ageing more and more repeats occur in these repetitive sequences, especially in non-dividing cells such as neurons. This is likely caused by glitches in the DNA repair machinery. This can have fatal consequences: We know, for example, from Huntington’s disease that longer repeats are associated with a faster rate of disease progression,” says the Bonn researcher.

Samples from Patients and Healthy Individuals

Accurate profiling of tandem repeats and assessing their degree of somatic instability require state-of-the-art sequencing technology and tailored bioinformatic pipelines. With these tools, Aziz and coworkers will analyze existing blood samples derived from around 1,500 individuals affected by tandem repeat disorders, including Huntington’s disease and “spinocerebellar ataxias”, which are also characterized by neurodegeneration. To this end, they will draw on samples from large international cohort studies. This will involve cooperation with University Hospital Bonn and other partners. In addition, Aziz and this team will use samples and data from the DZNE’s “Rhineland Study”, an on-going long-term study in Bonn, which aims to identify factors associated with (brain) health in the general population. Currently, this study includes more than 8,000 adult participants undergoing a wide range of examinations. Ahmad Aziz’s project benefits from this: Detailed brain images from the Rhineland Study obtained through magnetic resonance imaging will be used to elucidate how tandem repeats affect brain structures. Thus, both people with neurodegenerative diseases and presumably healthy individuals will be included in the investigations.

“We are particularly interested in the DNA of neurons in the brain. This can be isolated from the blood because, like many other cells in the body, also neurons release tiny bubbles, called extracellular vesicles, that also contain DNA. These vesicles can reach the bloodstream and ultimately leave the brain. From blood, we can extract these vesicles and study the genetic material they contain,” Aziz explains. “We will then relate the information about tandem repeats and their somatic instability, which we get from the analysis of DNA, with other data, such as from brain scans, and with levels of a blood-based biomarker that reflects neuronal damage.”

Studies on cell cultures and further analyses round off the research program, which is scheduled to run for five years. “This project has the potential to uncover as yet unknown mechanisms of neurodegeneration and thus find novel targets for more effective preventive measures and treatment methods – equally for rare brain diseases as well as for those that are more common, such as Alzheimer’s and Parkinson’s disease,” says Aziz.

About the ERC Starting Grant: The European Research Council (ERC), established by the European Union, funds excellent science. The “Starting Grants” support researchers who are at the early stages of their careers and can already claim outstanding scientific results

About the DZNE: The DZNE is a research center that addresses all aspects of neurodegenerative diseases (such as Alzheimer’s, Parkinson’s and Amyotrophic lateral sclerosis) in order to develop novel approaches of prevention, treatment, and health care. It is comprised of ten sites across Germany and cooperates closely with universities, university hospitals, and other research institutions on a national and international level. The DZNE is publicly funded and a member of the Helmholtz Association of German Research Centers.