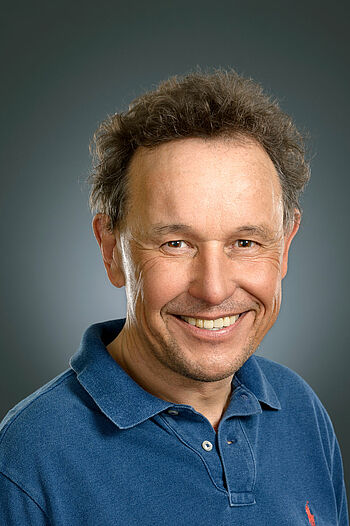 Bonn, July 21, 2015 – Professor Christian Haass, site spokesman at the German Center for Neurodegenerative Diseases (DZNE) in Munich, yesterday has been honored by MetLife Foundation in the USA at the Alzheimer’s Association International Conference in Washington DC. Haass, also director of the Adolf Butenandt Institute (chair of Metabolic Biochemistry) at the Ludwig-Maximilians-University in Munich, receives international acknowledgement of his research into the molecular biology of Alzheimer's. Haass recognized that amyloid ß-protein is an important key factor behind the development of Alzheimer's.

In 1992, he observed that the production of amyloid ß-protein – in a modified variation the most important component of the deposits typical of Alzheimer's - is a lifelong process. Everybody produces this protein. However, in Alzheimer's patients, it increasingly deposits in the brain in a toxic form that damages the nerve cells. Along with it appear classic symptoms of dementia, which include confusion, declining memory, and difficulties with orientation.

His discovery changed the general view of Alzheimer's prevalent at that time: amyloid ß-protein is produced by all of us, not only by Alzheimer's patients, and could be a potential biomarker and therapy objective. This surprising discovery led to a gigantic breakthrough in Alzheimer's research. It also supplied a simple cell culture system with the medication, which is currently being tested in the treatment of human subjects. Moreover, Haass was the first person to show how the scissor-like enzymes that make up amyloid ß-protein work and what they are actually used for - important discovieres that allow physicians to avoid undesirable effects when developing and administering treatments that block these enzymes.

Haass has been conferred the Federal Cross of Merit by the German government in 2014 for his dementia research. Most recently, Haass's research work has shown that a genetic mutation in the so-called TREM2 protein damages phagocytes in the brain, presumably contributing to the loss of nerve cells not only in Alzheimer's but also in many other neurodegenerative diseases, and leading to the accumulation of dead and therefore toxic cell material.

Established in 1986, the MetLife Foundation Award for Medical Research is presented to scientists who have made outstanding contributions to the field of Alzheimer's research and is administered by the American Federation for Aging Research. Haass will receive a $200,000 award to help continue his research. American neuroscientist Randall Batemann from Washington University School of Medicine, St. Louis, Missouri also received a major award. The discoveries made by both brain researchers constitute the basis of realistic therapeutic approaches to the treatment of Alzheimer’s disease and dementia. To date, MetLife Foundation has given over $17 million to 83 awardees worldwide through this award.